One of the relatively young monuments is nevertheless invaluable, because it is a monument to the founder of Izmail Sergei Tuchkov (1767 - 1839), a hero of the Patriotic War of 1812, erected in Izmail, Odessa region in 1997 at the intersection of Suvorov Ave. and Sverdlova str..

After the Patriotic War of 1812, Tuchkov was the commander of fortresses and was in the Izmail fortress. He became the first mayor of the Izmail city, founded near the fortress. At the age of 42, he received the rank of commander of all fortresses in southern Bessarabia. 6500 meters east of the Izmail fortress, he settled the positions, which received in 1812 by decree of the emperor the status of the city and the name Tuchkov.Sergei Tuchkov came up with the idea of rectangular planning of the city and with his direct participation the planned construction was started. As a result, by 1838 there were 51 streets and 4 squares in Tuchkovo, and in 1898 the population was 22,295 people. In the middle of the 19th century Tuchkov entered to the Izmail city.

Author - Mikhail Nedopako, Izmail sculptor, member of the Union of Artists of the USSR. The master made a monument from gypsum, but due to the body parts were not quite proportional, he had to call for help specialists from Odessa. They corrected the shortcomings and made a bronze monument, which the people of Izmail and guests of the city can admire today. 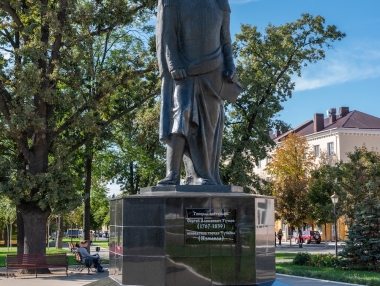 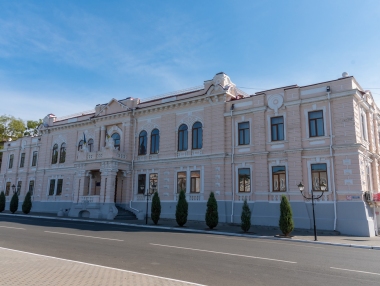 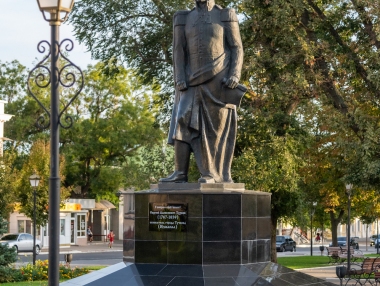 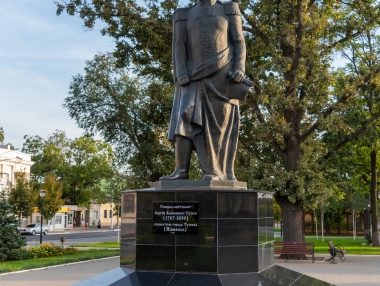 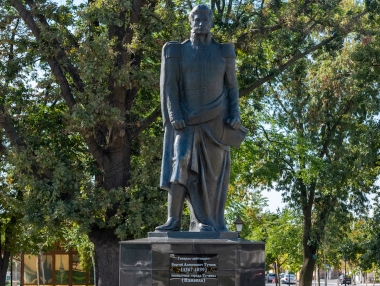 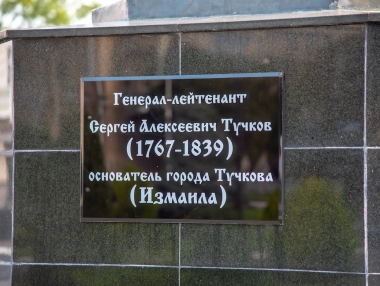 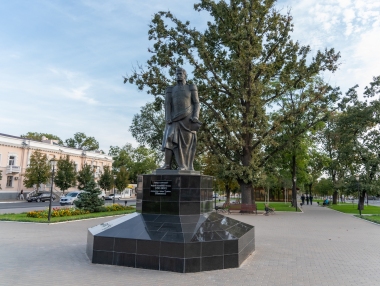 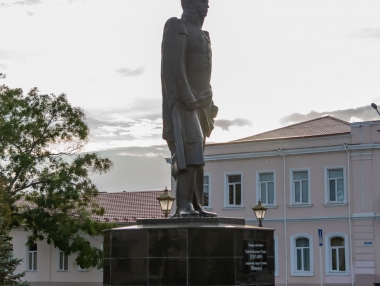