The equestrian monument to the famous commander O. Suvorov, who led the capture of the Turkish fortress Izmail in 1790, erected on the central avenue of the city, was made in 1913 by the Odessa sculptor B. Eduards for the memorial in Rymnik (Romania).

The symbol of Izmail - a monument to the great commander Suvorov - originally stood 200 kilometers west of its current location. It was cast from trophy Turkish cannons, and set on a high hill on the edge of the Romanian village Dumbraven, where in 1789 Suvorov greeted his victorious soldiers after the Battle of Rymnyk.

Shortly after the beginning of the First World War, the sculpture was dismantled and taken to Odessa. For a long time it stood in the sculptor's studio in Odessa. According to another version, the sculpture from Rymnik disappeared without a trace during the war, and a copy was kept in the Eduards studio, which he sculpted specifically for the installation of the monument in Izmail. It was only in 1945 that the statue was transported to Izmail and installed at its present location. A copy of this monument was installed in Tulchin (Vinnytsia region).

The monument depicts a military leader waving a hat and greeting troops. Suvorov's saying “There was no stronger fortress, there was no defense more desperate than the defense of Izmail, but Izmail was taken!” 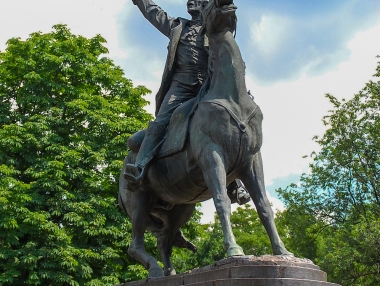 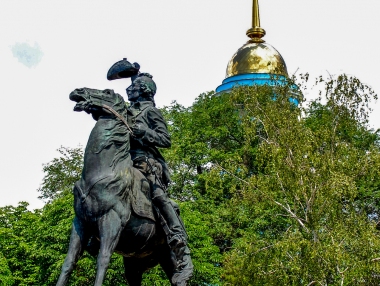 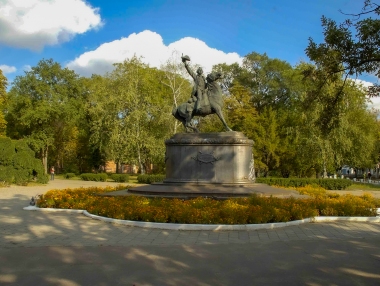 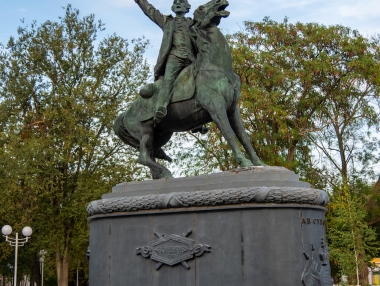 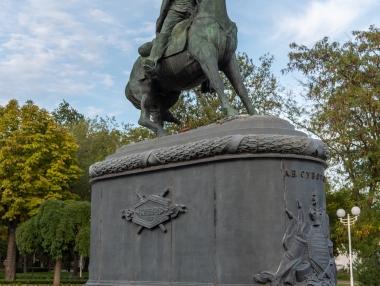 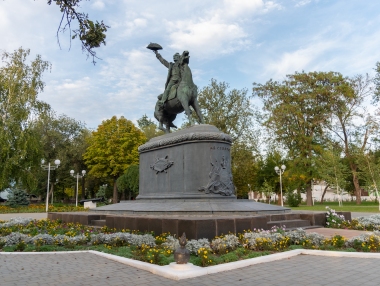 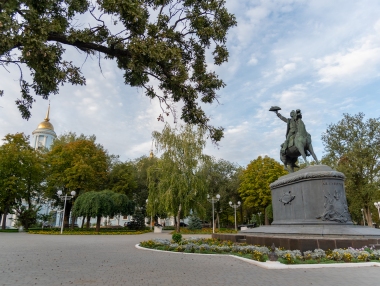 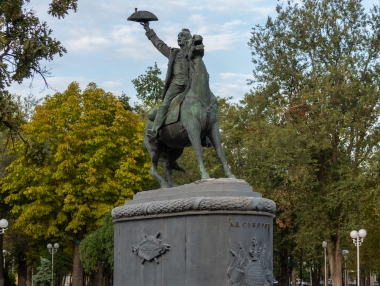 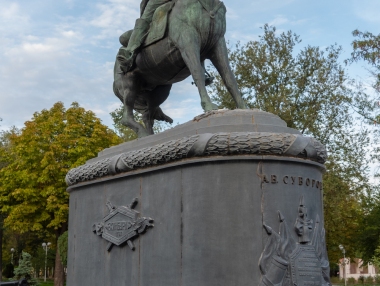 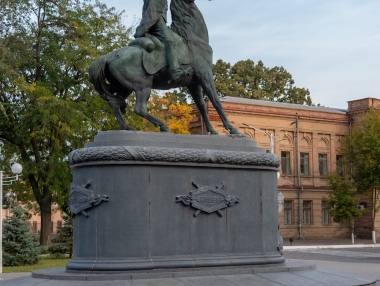 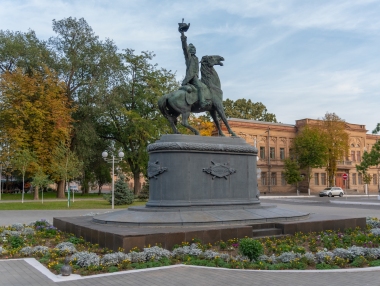