Home / Countries / Bulgaria / Standing Stones
The Standing Stones are designated as protected area due to the rare stones and rare floral species found there.

The natural phenomenon „Standing Stones” or also known as “Stone Desert” is translated into Bulgarian language as “stones beaten into the ground”. Seven large and several separate small groups are located 20 km South West from Varna. These are numerous limestone pillars as high as 10 m, hollow or solid cylinders, truncated cones and single rocks and cliffs. Their origin is unknow todate and there are several hypotheses about it. Looking from a distance the stones look like a sacret dance of mythical creatures. When approached they appear as stone pillars beated uncommonly into the ground. The myth behind is that the stones are empty inside or filled with sand. One of the theories is that the place is an ancient Thracian astrological complex, the second one says it is an ancient calendar. The scientists describe designing of the structures by mechanical acting of the environmental factors.

The Standing Stones are designated as protected area due to the rare stones and rare floral species found there. 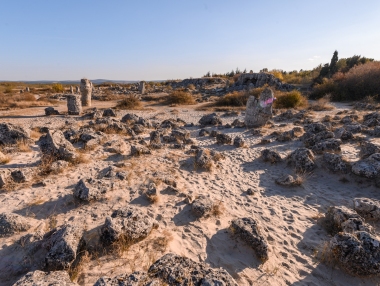 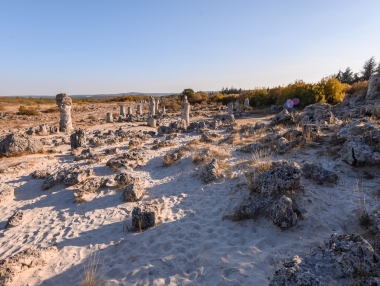 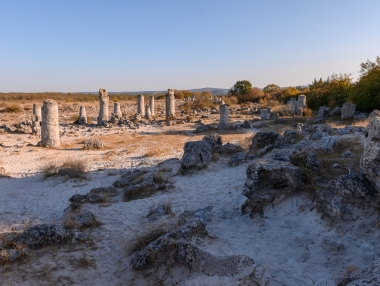 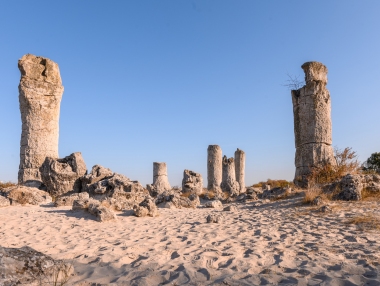 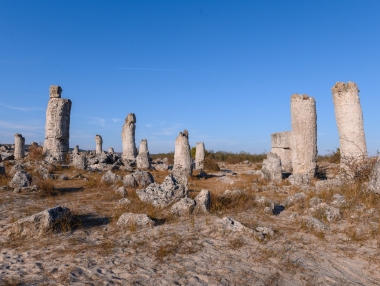 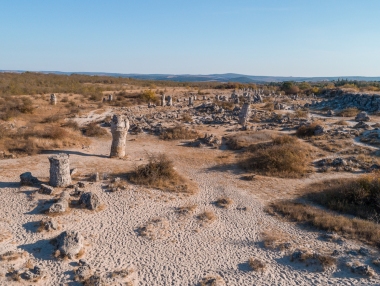 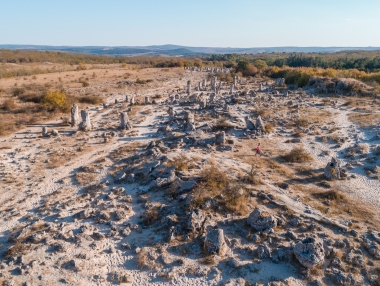 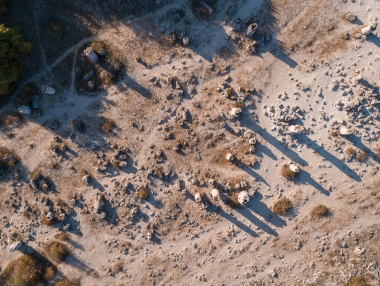 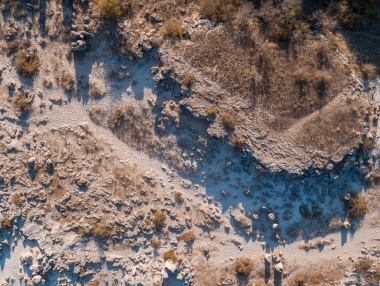 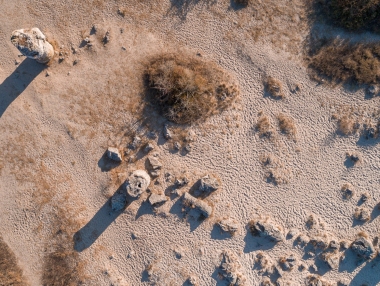