Greece possesses a unique geophysical and environmental variety. It is, in fact, the southern tip of the Aemos peninsula. Being a peninsula on its own, it is marked by an intensive mountainous relief, indented littoral and a multitude of islands in the Aegean, Ionian and Cretan Seas surrounding it. Despite the urbanization which started in the 1970s and was followed by extensive and uncontrolled building and destruction of certain natural resources, Greece has managed to maintain large part of its natural environment, as well as of its rich flora and fauna, almost intact. Its clean, blue sea, its beaches, its archaeological sites, its traditional architecture as well as the traditional Greek hospitality have rightly made Greece a favourite touristic destination for the Europeans and beyond. During the last decades winter, alternative, religious and gastronomy tourism have developed too, and along with the multifarious cultural tourism have turned our country a destination for all seasons of the year. The new bet that the municipal and regional authorities are called to win, along with the tourism, culture and environment professionals, is that of the sustainable touristic development, so that the natural and cultural resources will remain unscathed for the generations to come.

The best tours and tourist spots in this beautiful country. 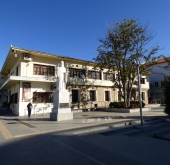 Orestiada has been characterized as the newest Greek city. 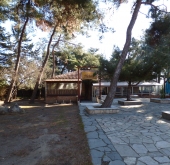 The urban fabric of Orestiada has its own green space, the pine grove of Orestiada, which consists of Adrianoupolis grove and Karagats grove. 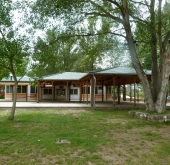 MUNICIPAL REFRESHMENT HALL OF THE RECREATION AREA OF KASTANIES

By the river Ardas, in the organized recreation area, is located the municipal refreshment hall. 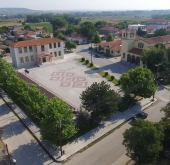 A beautiful itinerary 34 klms long to the northwest of Orestiada leads us to the village of Kiprinos. 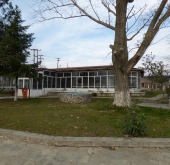 MUNICIPAL REFRESHMENT HALL AT THE BRIDGE OF KOMARA

Moving northwest and only 37 km of Orestiada through a beautiful route you can reach village of Komara. 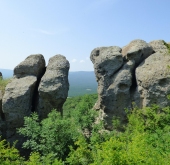 The beautiful scenery of Petrota is beyond comparison.